Originally from Venezuela, Alexis Ziritt is an artist whose style – intricate detail, appearance of movement, and a love of violence brings a modern touch, to the silver-age-comic-book era aesthetic of bold lines, vibrant colour, outer space motifs, monsters, and heroes.

(Picture Below of Alexis Ziritt) 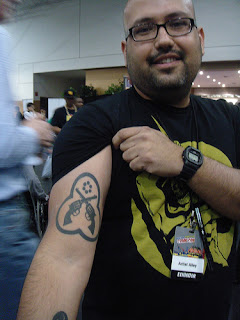 Alexis’ talent has seen him work with bands such as ‘Mastodon’; brands such as the ‘WWE’, and magazines such as ‘Complex’ amongst others. Valuing creative control and independence, Alexis also co-founded ‘Fistful Apparel’ and ‘Calavera Comics’. Interestingly, Alexis has recently begun collaborating with Art Whore’s own Mike Kirchoff AKA ‘TheMakUltra‘ with the two of them working on an upcoming comic, and a collaborative resin sculpture already released.

(Picture below of Mekano Turbo, one of Alexis’ creations) 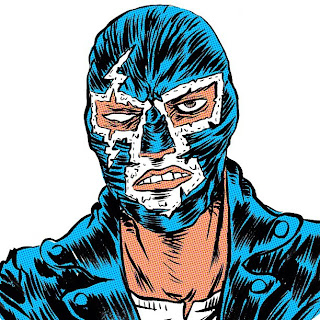 Get to know Alexis Ziritt, his art and his many creations in the interview below…

N.B: Alexis asked: “Please check and correct my broken english….Hahahahah,” BUT i decided to leave it as-is. Art Whore is authentic like that.

(Picture below of a Alexis’ desk, covered in some of his art) 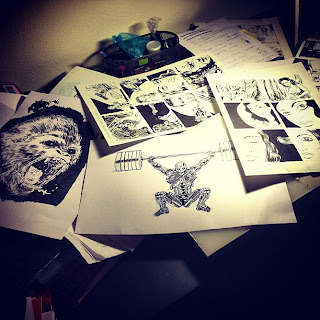 Mostly on my home all day playing with action figures and watching TV( Starzinger, Mazinger Z, Steel Jeeg and Gaiking). 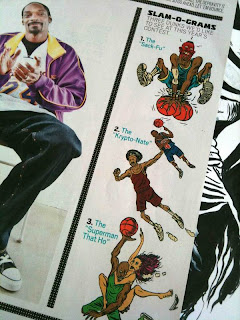 It is better to die on your feet than to live on your knees!

(Picture below of a Mastodon t-shirt, with art by Alexis) 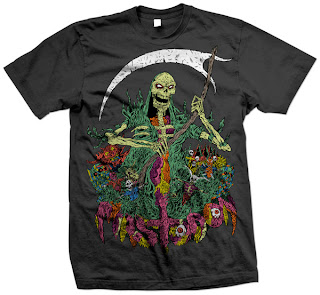 THX 1138, Blade Runner, Inferno, Beyond the Black Rainbow, In the mood for love, Mad Max, The Dollar Trilogy, The Mercenary, The Streetfighter( Sonny Chiba), 2019: after fall of New York…

Forming, Torpedo, any shit by Fletcher Hanks or Benjamin Marra.

(Picture below of a pillow utilising art by Alexis) 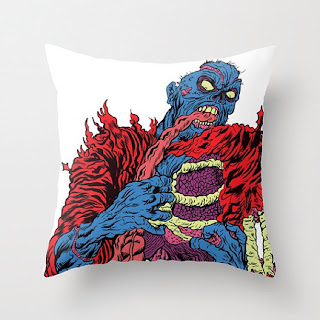 When did you first start making ‘art’ (drawings, paintings, anything)?

Around the time I was like 5 years old maybe.

Have you had any formal artistic training? And how has formal art training added to your work?

I have some at college. Formal art training saved my life…Hahahah

(Picture below of Alexis hard at work) 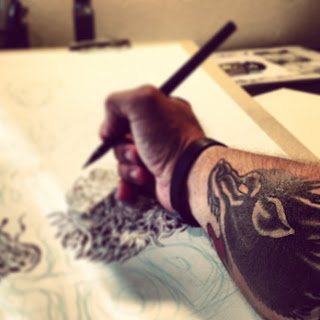 Why + when did you decide to go in on the art hustle?

(Picture below of a sketch-card by Alexis) 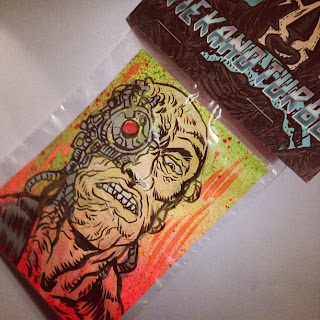 Describe the method of making an Alexis Ziritt piece? (dot point all o.k.)

Brainstorm, thumbnails, and the real shit!

I try to keep everything simply and have fun. Every time I over think sometimes I just get bore pretty quick.

You do commissions – often for bands/musicians (such as Mastodon), brands (such as the ‘WWE’) and the TV and film industry – and you also work on making your own personal art; is it hard mixing the commission work with the self-directed stuff?

(Picture below of some ‘Vans’ customised by Alexis) 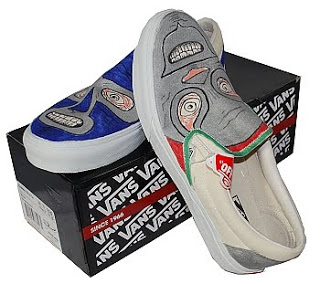 It depends, if a client ask for beautiful flowers and kids smiling and no skulls…It can get pretty fucking hard.

Best commission(s) you have worked on? And the tale behind it…

Patagonia’s creative director follows my Tumbrl and bought an old art for really good money, so basically I was paid for sent an email. Coming on 2014!!

Mastodon – Brann follows me on Instagram and ask me if have some free time to do something for their summer tour, I replied with a FUCK YEAH!!! Coming from a small town in Venezuela is like a dream come true.

You are a co-owner of ‘Fistful Apparel’ along with Ralph Niese, a company producing comics, clothing, accessories and prints. What is it like running a small business in the current economic climate?

(Picture below of the ‘Fistful Apparel’ logo by Alexis)

Fucking cool but we don’t make any money.

What is the process like in producing the t-shirts released by ‘Fistful’? Printing, art, sourcing the blank t’s…

We just go with flow.

Why the name ‘Fistful Apparel’?

Mark Malazarte came with that name probably because my love for the movie a fistful of dollars.

You have an upcoming comic coming out with ‘The Mark Ultra’/Mike Kirchoff. Please describe the upcoming comic, and your role in its creation. 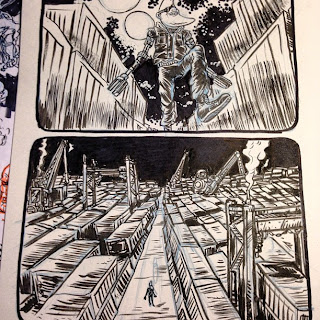 Sci fi comic with a fumetti style crossover based on Mike own toy line. I just draw pretty stuff and try to make everyone happy.

Much of your art references kaiju and toys, have you ever thought of releasing a toy or sculptural piece soon?

Yes, thats why I am working with Mike. Hopefully we will have a Tuerto action figure before the end of the year. 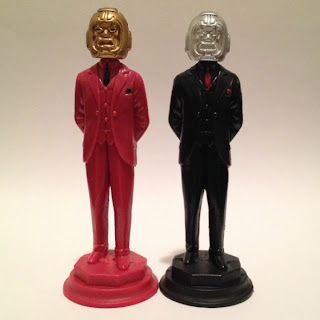 Your work often references the occult and esoteric religious practices. What role does religion/the occult play in your life? And what role do you think it plays in today’s increasingly atheist society?

None and I hate religion. We are all doom!

New Mekano Turbo by the end of the year, I also wanna have 2 more comics project done: Miami Night Heat and Peligro Supremo.

(Picture below of a pen and ink piece by Alexis) 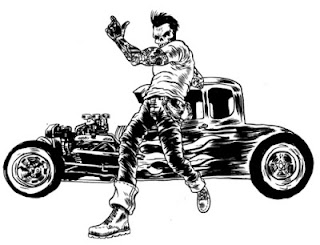