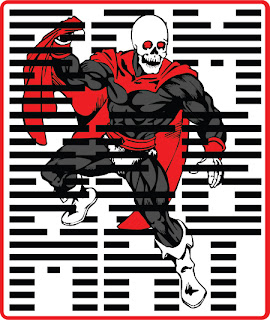 These last few years i have gotten into the seedy, degenerate world of bootleg/custom/self-made-action-figures-as-art. “WTF?” I hear you say… Well… BASICALLY dudes collage, create and/or custom one off pop-art-sculptures/action figures. Simple to do, BUT damn hard to do well. 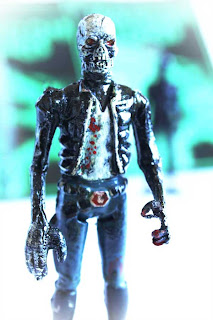 ‘Bombermat Toys’ and their owner-operator Matias Bomber are a company and artist from Argentina, showing just how global the scene is.

‘Bombermat Toys’ are making some of the most well thought out and executed full-card bootlegs in the game right now, so get to know ’em in the interview below…

watching all kind of cartoons and series on the 80s, and collecting some star wars, motu and gi joe stuff

reading a lot of comic books and listening to all kind of thrash metal, speed metal and crossover

leaving the nerd stuff, into the lungs of the adult age.

woow, its a difficult question for me, yeah, I’m a hardcore head banging dude, my favourites bands are slayer and metallica, I’m into metal bands from over the world, really enjoy the mix tapes from Dark Thrones Fenriz!

Specifics on the Art Hustle

Why the name “Bombermat Toys”?

Because when i was a little child the kids make a bad spelling of my last name, deforming as a bomber. I used to be as my nick name as a Vj ( yeah a few years ago i made some vj stuff)

Who designed yr amazing logo? And what was the inspiration for it?

I catch the logo on an ebay offer or something like that, im not sure, but i think its a drawing related to same motu (masters of the universe) knock off from remco. Right now I’m planning to change some details on the logo!

When did you first start making ‘art’ (drawings, sculpture anything)?

some drawings, some pictures, some sculp, all mixed up!

Yeah i took some sculp class last year, i will return and will take this class again this year, soon.

Im making re-hashed crap i think, sampling some other figures and mashing up with other collections with same size.

How do you think the market for art toys has been changed; or in fact only exists, due to the internet?

I’m amazed to see how a lot of people from a lot of places were influenced by the same toy collections that I loved when I was a boy, now they decide to create their own toys and sell them on the web!

Worst aspect of the online market for art + toys?

the expensive different shipping cost from each country

Best aspect of the online market for art + toys?

Is the rise of ‘art’ toys an indication of the changing nature of ‘art’? OR just a bunch of nerds with too much $$ and time?

Its the rise of a lot nerd making the dream comme true, your diy toy company! thanks god for big cartel, etsy and paypal!

Why + when did you start making toys?

only one i have right now,  silicone molds and resin for the fill up

Kit Bashing Vs. Self Sculpting – who/what wins? And why?

both! Kit bashing its an easy way, a ready made path for making your non action figures. In the other way you need special skills, but you have an original figure combining both technics.

I like the Mark Ultra, Healey Made and obviously the sucklord on the DIY universe.

Your ‘Phantom Lord’ bootleg toy is amazing… It looks like part kit-bash + part sculpt. What was the process like getting that done? And inspiration behind it?

(Picture below of the Phantom Lord card graphic) 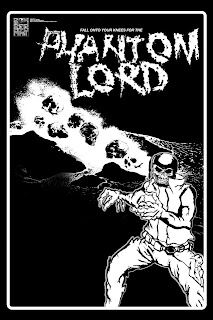 Gratzie! I’ve been ispired by the crust punk old look, I wanted the piece to honor the black and some background color covers, meanwhile I was listening some old Vulcano’s and Inferno’s lps, then the PHANTOM LORD was born!

Your ‘Shit Wars’ line of bootlegs are great – the Lard Vader + Kathulu ones you have done so far are great and are getting lots of press. What was the inspiration behind the line?

The inspiration behind the chinese bootlegs or the Turkish UZAY lines, are those weird shapes and great mash ups between them, doing that u have a new action figure! 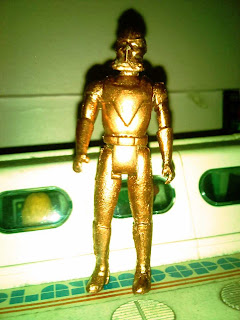 The arriving darkkklon have some things from the top toys star wars line, only some characters were released here in Argentina.

What was the inspiration behind your Kathulu in a suit piece? 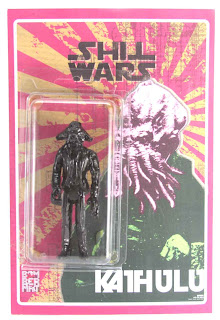 I thought in a demoniac business man. But I didn’t want to end in the tipical suited up demon. I preferred the Cthulhu option and name it in the way how it’s pronounced in Spanish.

What was the inspiration behind your Lard Vader piece? – LOVE it by the way. It’s as if Vader became some tropical island despot and got all fat and lazy. 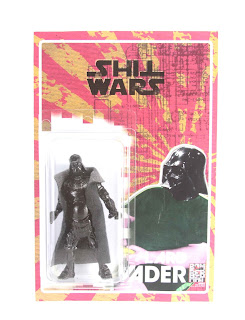 It’s just a resemblance to a comic and video game typical fatty addict. The one that we all been at some point of our existence. We all have that inside.

The cardbacks for your figures are great man. Do you make the art + print them yourself? What is the process with getting them made?

I set them up using Photoshop, and then I print them in some store, cut and glue them over a strong pasteboard.. and there you go a bootleg made at home!

My girlfriend likes it. She thinks is good for me to have a hobby. In the other hand my mother always thought that I spent my money in an unwise way, with comics and lot of figures. That I shouldn’t keep them at home and I should sell them all. hahahH!

Describe the method of making a ‘Bombermat Toys’ piece? (dot point all o.k.) 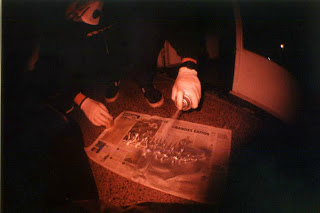 1 – First I check the pieces that I have available. I mean legs, arms, heads, bodies, etc

2 – I start to make some drawings with the characters and check the colours.

8 –  Take a picture of the figure with the cardback 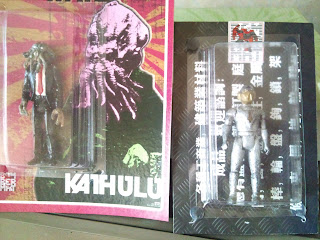 Does your self-directed work all exist in its own ‘universe’; such as the ‘Bombermat Toys universe? (Yes; I am basically asking if you see your characters all interacting in your head.) IF so, what do they get up to?

Yes they all exist the in Bombermat Universe. I’ll edit a fanzine in the near future with a big team up from all my figures. Explaining they origins.

Yes I’m about to launch a new Kathulu versión. And the cardback will be design by an friend artist Agustin Croxatto. They make crazy skulls, bones, rotten flesh, crazy decapitade ladys and dirty stripes, if you wanna see more… (check their site)

Yes I would love to be invited to some fair or opening or sampling abroad. I’ve been in contact with people all around the world trading figures. I’m open and willing to participate if I receive an invitation