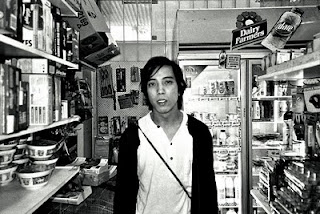 Mr. Aldous Massie is a damn talented artist living in Convict-Town, Australia. His work is soft and subtle, ususally beginning it’s life as a pencil or ink sketch, that is later transformed and manipulated via digital media. I’ll let his work and his talent speak for themselves, caus it’s that damn solid….

(Picture below of a recent mixed-media piece by Aldous) 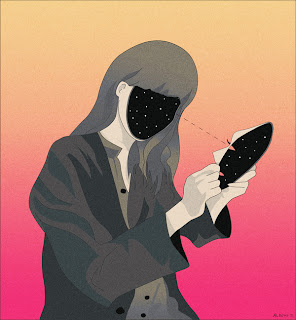 …get to know Aldous and his work in the interview below…

(Picture below of a 2009 graphite work by Aldous) 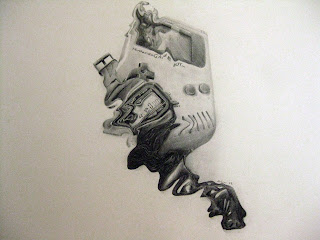 Oh, I don’t know, man. When I was ten… I was in 5th grade at primary school. I don’t really have any distinct memories that don’t really blur with the rest of school. Actually, here’s one; we had “assembly” once a week, and I’d sit with my knees up and pretend they were rocky plateaus. I’d position my hands into figures that would fight each other, with the victor kicking the other combatant into the chasm created by the space between the knees. I’m finding this really difficult to describe.

I think that skate video by Flip came out around this time. It was called “Sorry”. I watched that all the time with my friends.

I was doing an internship at a marketing agency. They made me clean the fridge once.

(Picture below of a recent work by Aldous commissioned by ‘Chambord’) 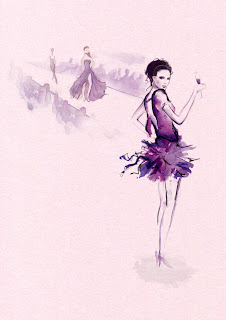 My TV doesn’t have reception. I watched Dragon Ball Z a lot when I lived with my Mum.

I don’t really watch a lot of movies, but I really liked “Bobby Fischer Against the World”.

Specifics on the Art Hustle

When did you first start making ‘art’ (drawings, sculpture anything)?

I started drawing when I was very young. Maybe three or four or something. Lots of pictures of dragons and doom.

So now I’m trying to catch up by being a full time learner.

No, not really any formal art training. I did a broad Design course at an art school though, so a lot of my illustrations are based on design theory. I’ve been teaching myself to draw recently, like doing life drawing and drawing eggs and all that stuff. (I still don’t know shit.) 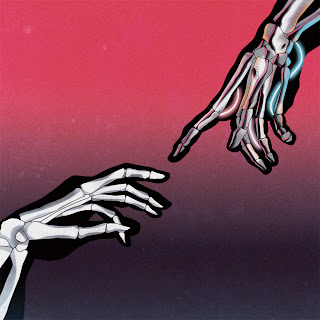 Probably working from home? I don’t know. I actually love it. I know a lot of people bullshit and say, “oh yeah, my job’s pretty cool”, but I’m not bullshitting: my job’s pretty cool. It’s not what people think it is, though. It’s not like I’m just whirling my pen/stylus around and things are magically appearing, it’s a battle every time (with the victor kicking the other combatant into a chasm).

Might as well clear this up here: I’m not an artist by any means. I do graphic design and a bunch of commercial illustration. Drawing’s just a tool (of many) that gets used near the end of the process. So a lot of my work isn’t actually drawing.

How do you think the market for art + the existence of a career artist has been changed by the rise of the internet?

Two things happened. 1) Potentially, more people can be exposed to your work (and you to theirs). I mean, half my work is whoring myself out on the internet. If you’re reading this, you probably clicked a link on my Facebook and will probably never mention this to me when you see me in person.

2) Your competition is now the entire world, instead of your small town. Good luck with that!

(Picture below of some pencil sketchbook work by Aldous) 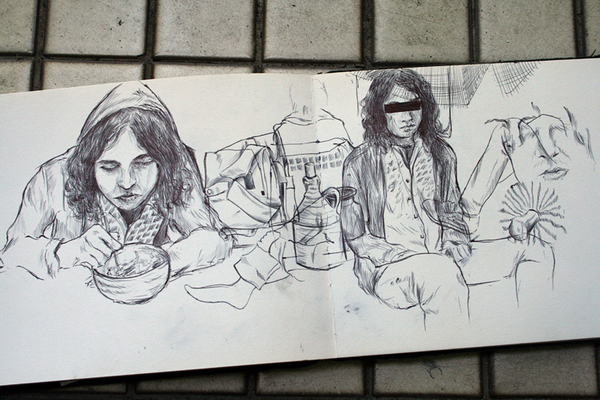 Your use of digital media is very apparent in your work – How do you use digital technology in your work and what has it added to your practice?

How do I use it? I don’t know how to answer that. I just whirl my stylus and things magically appear.

I think if you’re trying to make some cash out of this, you have to be able to work digitally. It’s just a lot faster to make changes (I started typing “amendments” instead of “changes” because that’s what I’d type in a work email)—and it’s gotta be digital in the end, anyway. So my response to “what has it added to your practice” is:

(Real answer: the digital realm simultaneously creates both solutions and problems. On one hand, if you’ve planned well before you’ve touched the computer, the “digital” part is just a step near the end of the process. Alternatively, if you try and “wing it” and use Photoshop [or whatever software you’re using] from the very start, you’re going to have an extremely difficult time because there are just too many options along the way. Digital technology is just part of the process: mandatory, but with equal weight as everything else.)

Describe the method of making one of your pieces? 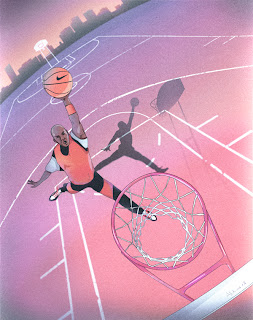 The commercial stuff? Really briefly: I usually get an email from the client or art director or whoever, and they ask me if I have time. I usually say yes. They describe what they want and we agree on an exchange. Ideally, the first thing I make will be exactly what they were describing, I’m paid right away, and I ride my black horse into the sunset. But what usually happens is that something about the illustration/design is a little (or way) off, and the back and forth emails are kind of like chipping away at stone to reveal a fossil. What I’m trying to say is: I’m a paleontologist.

The method is always different. I try to do as much as I can by hand so everything’s planned out before I touch the computer. I’m a lot quicker with a pencil than, say, the Pen Tool on Adobe Illustrator.

You do commissions – often for bands/musicians (‘Eibol’, Tim Shiel, Paulie Jan…), brands (‘Hermes’, ‘Chambord’…); and authors (Vincent N. Perales) – and you also work on making your own personal art; is it hard mixing the commission work with the self-directed stuff? 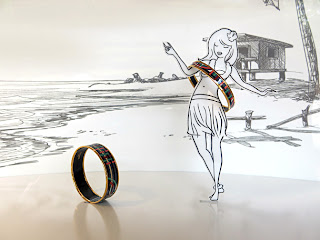 I’ve actually got really selective memory, so I don’t know the bad, I just remember the good. Maybe that’s why I can’t remember much from when I was 10, haha.

I really like how the branding/identity thing for SHAYLI (Melbourne fashion label) went. I think that’s the first “real” project I worked on where I was able to play the role of art director, designer, illustrator, prepress guy, deep etcher, photo re-toucher, and web designer/coder. It was a lot of work and it turned out great. When I compare my other projects to that, they seem so… I dunno, small? Half complete? Bad? 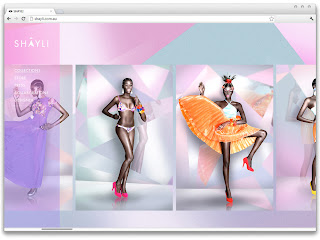 I had Shayli (the girl, not the fashion label) as a friend on Facebook, and she commented on some drawing I posted. I think we might have met before when she lived in Sydney, but I don’t remember. I saw some clothing she’d been making, and we agreed to do a collaboration.

You are a long-term skateboarder. How has skating as a sport, hobby and community affected your art practice?

(Picture below of skateboard art by Aldous, comissioned by ‘Have‘ + ‘Halfsleeve‘)

You are a self-admitted gamer (I saw your initial sketches of some characters from ‘Dark Souls’). Does gaming impact your practice at all? Any desire to enter the industry? 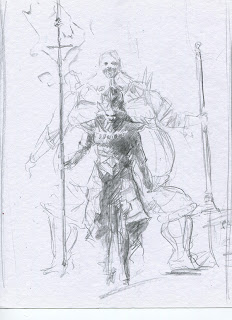 Oh, yeah, the personal work is definitely affected/influenced by videogames. If you ever play Ico or Shadow of the Colossus, you’ll see. I’ve actually never really thought about entering the industry. I’d imagine it being very, very different to what I’m doing now. I think I’d need a lot more skills/direction first.

I have noted your ongoing ‘Rainbow Serpent’ digital project exploring myths. What role do you think myths play in today’s increasingly atheist society? 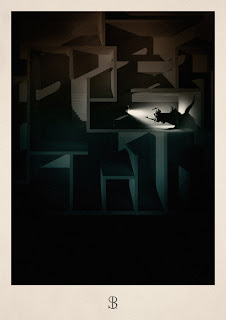 This question came out of nowhere! It’s difficult to answer. There’s a big difference between Myth, myth (no capital initial), and mythology. And how do you know that today’s society is increasingly atheist? Should I be interviewing you?

Does your self-directed work all exist in its own ‘universe’; such as the ‘A. Massie’ universe? (Yes; I am basically asking if you see your characters all interacting in your head. IF so, what do they get up to?)